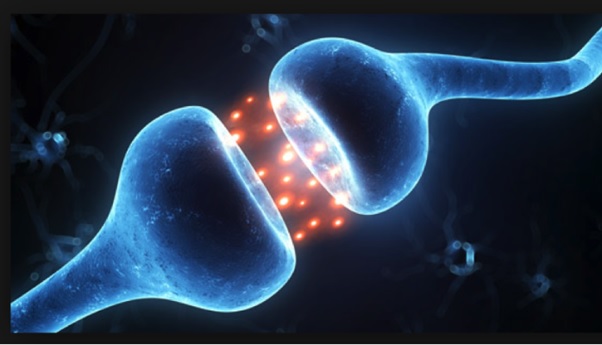 Handwriting or Keyboarding – What does Research Evidence tell us?

Parents and teachers, ever mindful of doing the right thing for their children, are deeply interested to read expert perspectives on whether children are better off typing their essays or writing them the old fashioned way with pencil and paper. Recall (happily or painfully) that handwriting comes in several varieties—printed, manuscript (not joined), or cursive (joined). Does it make a difference if I write or type? Why should I care? Should I insist on my kid paying attention to his handwriting? What is the neural basis for keyboard over pencil and paper? Has the proliferation of technological devices where writing on screen is prevalent made a difference to the thinking behind handwriting versus keyboard?

It turns out that I should be thinking about this—that I should have an informed opinion about whether my child should spend time in tactile pursuit of neat letters on a page as well as acquiring skill and proficiency on the keyboard. It is important to know that there is a neural network of connections and pathways that are activated to the child’s advantage by intentionally teaching handwriting. It is also critical to have a sound mental model about what is happening, when, and why. There is also a persistent readership bias—a reader effect—that is insidious towards good handwriting. The quality of one’s ideas is often based on the quality of the handwriting. Many of us have an emotional connection with handwriting, but we are forced to spend more and more time on technology—typing, texting and pinching. Some harbor a cunning intuition that handwriting is important, if for no other reason, than to be able to write. For others, it is fast becoming a non-essential skill. And so here, I share some of the growing body of research that informs this field.

Who are the experts in this field and what do they have to say about writing versus typing? One of my colleagues at the University of Washington is Dr. Virginia Berninger, professor of educational psychology and a truly amazing scientist in the field of learning and brain. She focuses on work that is relevant for classroom learners in areas of handwriting, dyslexia, and dysgraphia. Her book (with Todd Richards) Brain Literacy for Education and Psychologists (2002) is expressly oriented towards learning and teaching.(1)

So what does Dr. Berninger have to say about handwriting versus keyboard typing? “This myth that handwriting is just a motor skill is just plain wrong,” Dr. Berninger raises an eyebrow. “We use motor parts of our brain, motor planning, motor control, but what’s very critical is a region of our brain where the visual and language come together, the fusiform gyrus, where visual stimuli actually become letters and written words. You have to see letters in “the mind’s eye” in order to produce them on the page.”

Brain imaging shows that the activation of this region (fusiform gyrus) is different in children who are having trouble with handwriting. Written language helps the developing brain grow in areas that are critical for children (indeed all of us) to thrive in the modern world. It is particularly crucial in areas associated with attention and executive function.

There are programs and methods to help children with Dyslexia (impaired word spelling), Dysgraphia (impaired handwriting) and other learning challenges/disabilities (and a lot of research $$ ends up here), yet much of the research in this area has direct application for all brains. For instance, it has been shown that the fusiform gyrus is under-activated and has reduced gray matter density (neurons) in children with Dyslexia, but we know that the same region is activated in normal brain development when children learn handwriting, and letter and word recognition.

The fusiform gyrus is connected with the lingual gyrus, which is a brain structure that is linked with processing vision, especially letters and words and with semantic processing 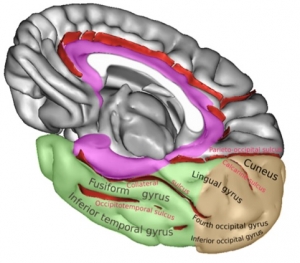 Handwriting is a skill that requires the coordination of cognitive, motor and neuromuscular processes. Dr. Berninger highlights the hand’s unique relationship with the brain when it comes to composing thoughts and ideas. Handwriting differs from typing because it requires executing sequential strokes in order to form a letter, whereas keyboarding involves selecting a whole letter by touching a key. FMRI images of the brain inform us that sequential finger movements activate massive regions involved in thinking, language and working memory (the system for temporarily storing and managing information).

For typically developing young children, typing the letters doesn’t seem to generate the same brain activation. Studies on note-taking have suggested that college students who are writing on a keyboard are less likely to remember and do well on the content than if writing it by hand. In a population of low-income children, the ones who had good early fine-motor writing skills in prekindergarten did better later on in school.(2)

Dr. Berninger’s research suggests that children need introductory training in printing, then two years of learning and practicing cursive, starting in grade three, and then some systematic attention to touch-typing. Using a keyboard, and especially learning the positions of the letters without looking at the keys might well take advantage of the fibers that cross-communicate in the brain, since unlike with handwriting, children will use both hands to type. “What we’re advocating is teaching children to be hybrid writers,” said Dr. Berninger, “manuscript first for reading—it transfers to better word recognition—then cursive for spelling and for composing. Then, starting in late elementary school, touch-typing.”